Representatives of CEP PIU had a working visit to Gegharqunik region Sevan high school named after Kh. Abovyan in August 8. The aim of the visit was the discussion of the issues connected with that school’s renovation works. It is worth to remind that renovation works of Gegharqunik region Sevan high school named after Kh. Abovyan were launched since July 20 within the frameworks of "Education Improvement" credit project. The abovementioned high school is one of the 7 high schools included in the sub-component of the current “Assistance to the Development of Third Level Secondary School” repair program. It should be mentioned that in five of the 7 high schools operating in the RA capital and regions major renovation works have already started. On August 8, representatives of “Agat 777” LLC, as well as representatives of “Shinsertificate” LLC, that carries out technical control, and representatives of “Haygyugh-Shin project” LLC, which conducts copyright control were also at the construction site. It must also be noted that according to the construction site transfer act the construction of the site is scheduled for July 20 of this year, when the Center of Educational Programs PIU handed over to the “Agate 777” LLC the construction permits, construction register books and work plans. The duration of the construction would be 23 months. We should add that within the frameworks of "Education Improvement" credit project 2 of the four high school buildings should be reconstructed. During the meeting a number of issues related to the reconstruction of the two buildings of the abovementioned high school and some suggestions for their solution were discussed. It should also be noted that during construction works the above-mentioned school will organize the educational process in the other two buildings. It should be added that the implementation of the “Education Improvement Program” in the regions of Armenia not only contributes to the renovation and improvement of the infrastructures of the selected schools, but also reduces the costs of their operation and maintenance, and project implementation in communities within the project's service area contributes to the rise of social and economic benefits. 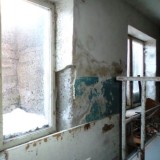 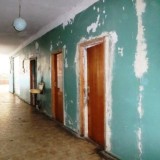 22.05.2020 Grant Agreements for the Foundation of Pre-Schools Within the framework of the "Education Improvement" credit program grants continue to be provided in order to establish preschool educational institutionss. The program aims to increase the involvement of children in the field of pre-school education, to prepare children for primary school. On May 15 at the Center for Education Programs PIU of the Ministry of Education, Science, Culture and Sport of the RA, meeting with the directors of 21 educational institutions of Gegharkunik,... 08.04.2020 Our goal is to create new jobs by stimulating capital expenditures Prime Minister Nikol Pashinyan held consultations on capital expenditures to be implemented in education, energy and road construction, as well as on completing the long-standing credit-funded projects. The Prime Minister first addressed the situation with the spread of coronavirus, and then the government’s steps to implement capital programs.   “The coronavirus epidemic has led to economic and social complications worldwide, and the biggest challenge for Governments... 07.03.2020 Pupils can now conduct experiments with advanced equipment. Within the frameworks of the "Support to the Secondary School Third Level Development" sub-component works of the “Center for Education Projects” PIU, PIU representatives paid a monitoring visit to the Yerevan High School N 182. Participants, accompanied by director Ruzanna Alaverdyan, took part in the process of adopting modern equipment for laboratories that are being created in the field of natural sciences. Maria Naboyan, a representative of the LLC...