The final seminar in the frames of the CIF grant project “Joint distance master’s degree in Business Administration” was launched at the Public Administration Academy of the Republic of Armenia (PAARA) on September 14. The program is being held in the frameworks of the program “Masters Degree Distance Education with Joint Diplomas” which is carried out by Competitive Innovation Fund (CIF) of Higher Education of Armenia. In the frameworks of introduced grant project the Public Administration Academy of the Republic of Armenia (PAARA) and the International Scientific-Educational Center of the National Academy of Sciences of Armenia (ISEC NASA) became the first higher educational institutions which were permitted to implement distance master’s education by the Ministry of Education and Science of RA. The signing of the agreement on the introduction of the Masters Degree distance education program was included at the beginning of agenda of the seminar. The representatives of the CEP PIU, PAARA and ISEC NASA, as well representatives from other universities took participation in the seminar. It is worth mentioning that the most important element meant by the program «Masters Degree Distance Education with Joint Diplomas” was the “Memorandum of Distance Education Development'' signed on June 23 of 2016 between two universities participating in the consortium and RA Ministry of Education and Science, which is aimed at strengthening of the bases and development and integration of the national system of distance learning as well as development and approval of normative legal acts, which are in line with distance education and regulate the implementation of distance education. Normative legal acts developed in the frameworks of the project are of key importance from the viewpoint of grant project member universities, as well as are the most important incentives for the introduction and development of distance education in Armenia's higher education in general. It should be noted that within the frameworks of the project the curriculum for the master program for "Business Administration" was prepared including 26 subject syllabuses in distance learning mode which will be launched in the current academic year.
Participants were welcomed by PAARA rector A. Loqyan, who noted that this experience is benchmarking for all the higher educational institutions, which carry out distance learning. According to the rector of PAARA “thanks to the support of the "Center for Education Projects" PIU and the effective cooperation of the two universities, we have a modern distance master program today”. Giving importance to the implementation of distance educational program the ISEC NASA director A. Sargsyan noted. “This is an achievement for both universities and the beginning of a deeper cooperation”. Rectors of two higher education institutions signed the “Agreement of Joint Distance Education Program”. Congratulating the participants of the seminar the Project Manager of "Center for Education Projects" PIU Zhanna Andreasyan noted; “The efforts and energy that has been introduced so far are the bases on which the implementation of master's program should be launched in reality”. Wishing successful processing for the project she added, "This is a preparatory work and everything is still ahead". Vice-Rector for Foreign Relations of the RA Public Administration Academy Tereza Khechoyan and ISEC NASA Head of Foreign Relations Division Arusyak Harutyunyan introduced the grant project “Masters Degree Distance Education with Joint Diplomas” in the frameworks of CIF. It is worth to mention that during the two-day seminar, lecturers of 2 higher education institutions will present the subject syllabuses in distance learning mode developed by them. 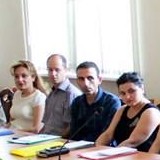 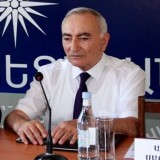 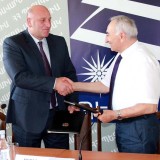 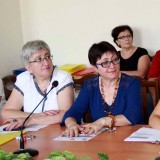 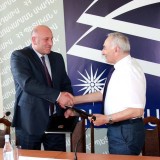 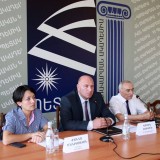 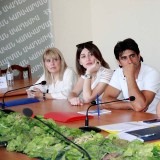 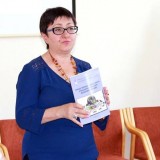 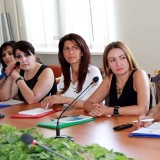 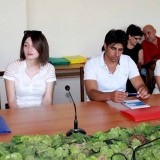 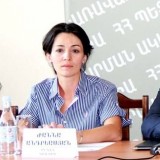