A meeting was held at the Russian –Armenian University (RAU) on July 29 in the context of the one-week monitoring of the current grant projects of the Competitive Innovation Fund of Higher Education of Armenia.During the meeting, ArsenArakelyan, the manager of the grant project implemented at RAU introduced current works on the the"Center for Educational and Scientific Excellence in Genetic Engineering, Genome Editing, 3rd Generation Sequencing" to be established within the framework of the second main stage of the CIF.The establishment of the center is carried out in accordance with the stages defined by the grant project.One year after the start of the project, the second phase of the grant project is being summed up.It should be noted that at the Russian Armenian-University, on the basis of the Institute of Biomedicine Pharmacy, a "Center for Educational and Scientific Excellence in Genetic Engineering, Genome Editing, 3rd Generation Sequencing" is being established, which will stimulate the development of RAU, other universities, scientific-technological organizations in the field of biomedicine, national and international cooperation. Within the framework of the program, a bilingual (Armenian, English) "Genetic Engineering" master's research educational program is being developed, which will allow satisfying the demand of high-quality specialists in the emerging labor market.Due to the manager of the grant project, the Center can solve potential problems in a number of areas of healthcare and the economy.The participants visited the areas allocated for the Center to be established within the framework of the grant project, where the supplied furniture had already been viewed during the previous visit. The participants stated that the products and materials defined by the first and the second batch of laboratory equipment were purchased by the University.It is worth to mention that the relevant equipment, materials, such as water purification and deionization device, tablet spectrophotometer, dispensers, etc. were also purchased within the framework of the activities defined by the university asnon-monetary investments.During the visit K. Trchunyan,the individual consultant providing professional support to the project, reviewed the acquired devices, discussed with the working group a number of issues related to the operation and maintenance of laboratory equipment.It should be noted that the creation of educational content is also an important component of the grant project.During the visit, the members of the working group discussed with the staff of the grant project the results defined at the beginning of the project, their manifestation at the level of indicators set out in the monitoring plan.Grant Program Manager A. Arakelyan noted that the process of elaborating documents regulating the implementation of the "Gene Engineering" bilingual master program by the grant project manager and grant project coordinator is in the process, and the process of selecting local individual consultants for the development of genomic engineering and sequencing courses / research guidelines is in the final stage.He stated that the grant projects are a good stimulus in terms of modernization and reform of the education process, which the university implements by constantly expanding the scope of cooperation. “We are sure that further indicators of the efficiency of the work done should be the use of the created opportunities;expanding the opportunities for innovation in research. The implementation of such a program takes the university's activities and its reputation to a new level”; added the grant project coordinator. 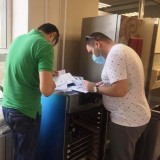 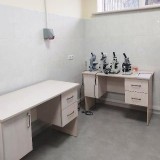 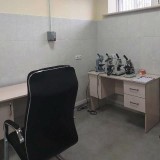 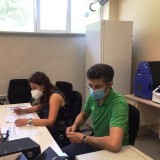 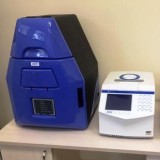 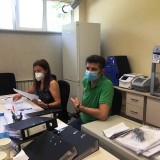 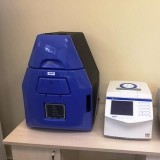 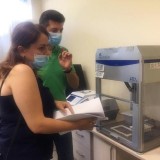 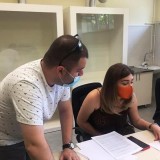 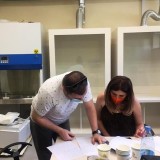 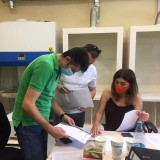 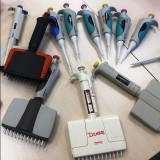 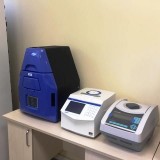 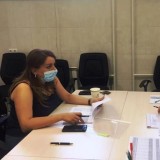