On June 8 the representatives of RA Ministry of Education and Science and Centre for Education Projects PIU visited IT Training and Research Center of RA National Polytechnic University of Armenia. The purpose of the visit was monitoring of the ongoing grant project in the frames of Competitive Innovation Fund (CIF). The Project Manager, the Vice-Rector of Scientific Technological Cooperation Areg Grigoryan introduced the ongoing activities of the grant project “Technological Innovative Platform” within CIF. It should be noted that this project was launched 2015 December within “Educational Improvement” Project. The third stage of the project ends this year in June. As a result of the monitoring the participants fixed that the publishing of the long term plan for PFWM scientific innovation activity was realized which will be provided to the university’s scientific educational sub-sections. It should be mentioned that a concept of innovation activity has been devised and the Innovation Council was established. The equipment for "The laboratory of Telecommunication and Informative Technologies" have been bought during the previous stages. It was obtained a part of equipment for “Scientific Productive Laboratory” and “The Laboratory of Technological Innovation Platform’s alternative energy”, also trainings of innovation service workers were implemented. Development of innovation platform has been summed up, and now a large amount of information archiving, division, completion and installation is carried out. Thus, the foundation of the “Innovation School”, planned by the second stage of the grant program, and the organization of two-month trainings were successfully implemented. The subject syllabus for the “Innovation class” was developed and will be incorporated in the university’s teaching and learning process starting from the new academic year. During the meeting the participants discussed issues concerning the procurement of the remaining laboratory equipment. The Project Manager also represented the process of partnership with consortium partner. The participants visited the “The Laboratory of Alternative Energy”, where the head of the metrology department, professor Ruben Vardanyan introduced the laboratory equipment and told that they would provide scientific works with higher productivity. The participants were hopeful that the ongoing grant project would foster the extension of innovative and productive atmosphere formed in the university. During the visit the representatives were also in the area allocated for structural investigation laboratory, they saw a part of equipment provided by scientific productive laboratory. The hardware to be used for the innovation service was also in the university, still stored until the end of renovation works, they were yet stored. As an addition, the grant project intends to increase the productivity of scientific and innovation researches in the university. 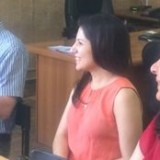 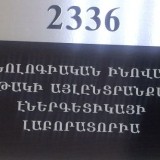 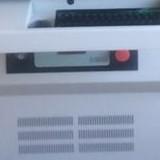 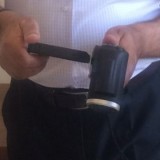 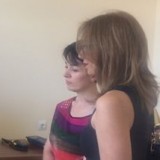 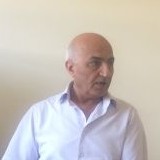 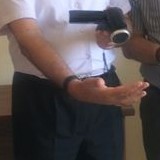 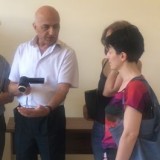 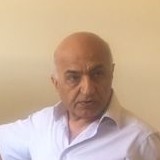 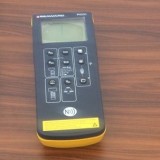 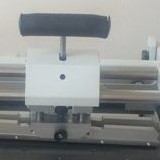 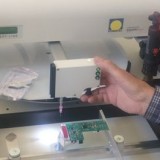 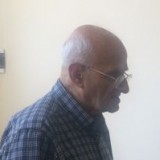