The cooperation between ''Center for Education Projects'' PIU and Yerevan State University was launched on September 5, 2013, when grant contracts were signed with 10 universities for the implementation of innovative projects within the framework of ''Education Quality and Relevance'' Second Project. ''Center of Excellence in Applied Biology'' was established as a result of the implementation of the grant project in YSU within the framework of pilot stage of Innovative Competitive Fund (CIF), which is one of the effectively functioning centers of the university today. YSU grant project was one of the 5 consortium projects conducted during the CIF pilot stage, and it was carried out in partnership with RA NAS Archeology and Ethnography Institute, ''Plant Biotechnology Institute'' Support Center of Ghent University and with ''Saki & Sons'' CJSC. ''Center of Excellence in Applied Biology'' equipped with appropriate furniture and equipment was established as a result of effective implementation of the grant project. The center's laboratories are equipped with modern devices. One of them is the scanning electronic microscope, which allows to magnify objects up to 100,000 times, as well as to perform the microanalysis of chemical elements. The Center has also purchased «FT-IR» spectroscope, through which identification of unknown compounds in the range of infrared rays is conducted. Laboratories of DNA separation and decoding the sequence of DNA were also established, in which DNA sequencing device has its important role.
The center's mission is to build bridges between education, science and industry based on modern international experience and approaches of organizing education and conducting scientific research. It should be noted that the creation of educational content was one of the important components of grant program. Note that grant project was summarized in 2015, but even after the grant project ''Center of Excellence in Applied Biology'' prepares specialists in master's programs "Applied Biology" and "Biological archeology" in accordance with international standards . Structure and content of these master programs have been developed within the framework of CIF grant project ''Establishment of the Center of Excellence in Applied Biology in Yerevan State University''. The center is also equipped with modern printed and electronic literature. Today, the center's activity is carried out according to 2015-2020 strategic plan and its schedule. As a result of the work performed, the Center cooperates with national and international institutions, universities, centers and industries, such as National Agrarian University of Armenia, RA NAS Archeology and Ethnography Institute, RA NAS Institute of Botany, "Semina Consulting", "Zorah WINES" consulting, viticultural and winemaking companies, Tubingen University in Germany, Ghent University in Belgium, University of Dublin in Ireland, Ancient Australian Center for DNA studies, University of Massachusetts and Central University of Rome "La Sapienza". Both applied and basic research was carried out in the Center. Necessary experimental work is also carried out here in the framework of diploma, MA and doctoral theses. Today, the center is used by an average of 86 students monthly. Training courses were organized in the Center for the employees of Zangezur Copper and Molybdenum Combine. It should be noted that YSU continued the implementation of innovative projects at the next CIF stage, namely within the framework of "Education Improvement" Credit Project, when CIF grants were provided to 6 universities in December, 2015. The establishment of ''Microbial Biotechnology and Biofuel Innovation Center'' is in progress in YSU, which will not only allow to perform training programs and practical courses at high level, but also to perform entrepreneurial activity. A year after the start of the program, the second stage of the grant program has been summarized, renovation and technical equipping of the Center has been completed, laboratory equipment has been obtained. It is planned to use the latest microbiological equipment in MA and PhD research activities in future. The establishment of this center will contribute to the modernization of basic and applied research of the field, to the development and implementation of new microbial technologies in particular, beer, dairy, wine in other industries, development of new technology for biofuel production from organic waste. The university is already discussing possible cooperation projects with local and some foreign organizations, there are also preliminary agreements on cooperation. As a result of continuous cooperation between ''Center for Education Projects'' PIU and higher education institutions, such centers equipped with modern facilities will become the new standard of quality for a given area. 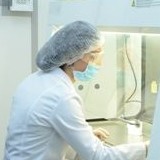 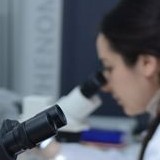 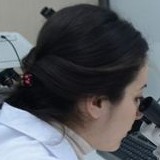 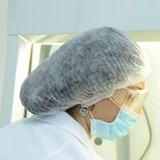 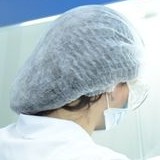 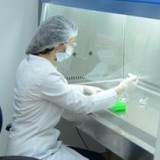 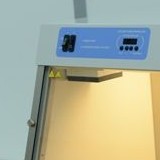 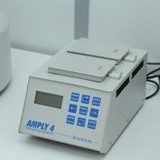 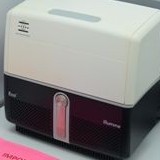