In 2013 the cooperation between ''Center for Education Projects'' PIU and Public Administration Academy of the Republic of Armenia (PAARA) was launched within the framework of ''Education Quality and Relevance'' Second Project. The cooperation was launched by the grant agreement signed under the pilot stage of the Innovative Competitive Fund (CIF) on September 5, 2013. A grant program aimed at improving the quality of education in the Public Administration Academy of the Republic of Armenia, was aimed at spreading the use of high technology in the private and public sectors in Armenia. PAARA grant program is one of the 5 consortium programs being implemented in the pilot stage of the Innovative Competitive Fund (CIF). It has been implemented by the partnership of the Eurasia International University, Lithuania Mykolas Romeris University, which has rich experience in the field of European universities and Union of Information Technology Enterprises (UITE). The program contributed to the creation of educational programs and conditions necessary for the education of managers and civil servants. Relevant educational documents were revised, master's and postgraduate double degree programs in the specialties "Electronic Public Administration" and "Electronic Business Management" were developed within the framework of the project. Each university was equipped with two computer labs and computers were provided with local area network for the implementation of the above mentioned Master's and PhD programs. A powerful server, techniques for conducting videoconferences, interactive blackboard, camera, projector and professional literature have been purchased for each of the universities. Note that the grant project was summarized in 2015. After the program productive and partnership relations with state and non-state institutions participating in the program are in progress, which is combined with harmonious cooperation with business sector and foreign universities. And theoretical and practical lessons, consultations, seminars are held almost every day in technically equipped computer classrooms. It should be noted that PAARA continued the implementation of innovative programs in the CIF next stage, namely within the framework of "Education Improvement" Project, when in December, 2015 CIF grants were provided to 6 universities. “Online Master’s Program with Joint Diplomas” grant project is in progress in PAARA, which was launched in December 2015 and is aimed at the introduction and development of online education in the Republic of Armenia, ensuring availability of masters’ programs by means of information and communication technologies (ICT). Installation of distance education, training of the teaching staff of Public Administration Academy of the Republic of Armenia and RA NAS International Centre for Education and Science and construction of distance courses, the development of joint diploma format have been carried out within the framework of the program. “Memorandum of Distance Education Development'' has been already signed between two universities participating in the consortium and RA Ministry of Education and Science, the development and adoption of normative legal acts in line with distance education and regulating the implementation of distance education are over. Acquired necessary technical equipment has been already installed. Implementation of the grant project is aimed at the strengthening of the culture and traditions of distance learning in RA and at the development and integration of the national system of distance learning. 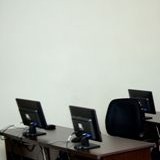 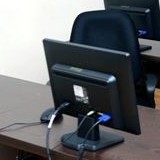 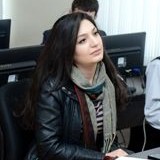 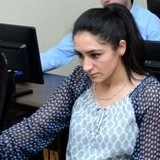