Rehabilitation of the New Area of National Center for Educational Technologies is being Summarized.

Within the frameworks of the project "Education Improvement", the renovation works of the new area of National Center for Educational Technologies (NCET) SNCO started in April 2018. "Center for Educational Programs" PIU employees carry out monitoring visits during capital repair works of the area of NCET, in the frameworks of which on April 8, the PIU representatives visited the construction site, got acquainted with the ongoing repair works and discussed a number of issues. It should be reminded that, according to the project, the duration of the construction works for the new area of the NCET was about 12 months, but additional works occurred during reconstruction. For the full and effective implementation of these changes, and as a result of signing a new agreement, the renovation works have been prolonged for another 2 months and the completion of works is scheduled for June 30 of the current year. According to the project it is envisaged to improve the whole territory of the NCET; building foundation reinforcement, roof construction, windows installation, adjacent area improvement works, interior and exterior stairs construction, interior design works are planned to do. On April 8, the representatives of PIU stated that the works of building foundation reinforcement and strengthening by the metal net have been completed. The windows are installed. The adjacent area improvement works are being summarized. The construction works of the sentry post and boiler room are also completed. Partitions, exterior and interior stairs were built. The works connected with the cement sand smoothing layer as well as laying tiles in the bathroomare also over. Interior design works are currently carried out.
It is also worth to mention that after completing the reconstruction of the NCET territory, the purchase of furniture for the new office of the NCET is planned. Acquisition of servers and computer equipment for the new "Data Center" and the new office of the NCET, as well as implementation and installation of a "Data Processing Center" designed to strengthen the technical capacities of NCET are also planned. 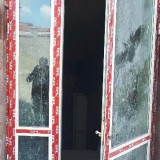 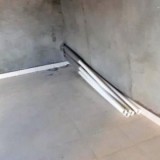 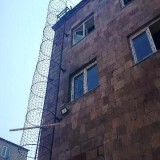 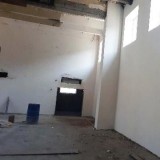 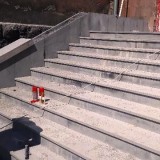